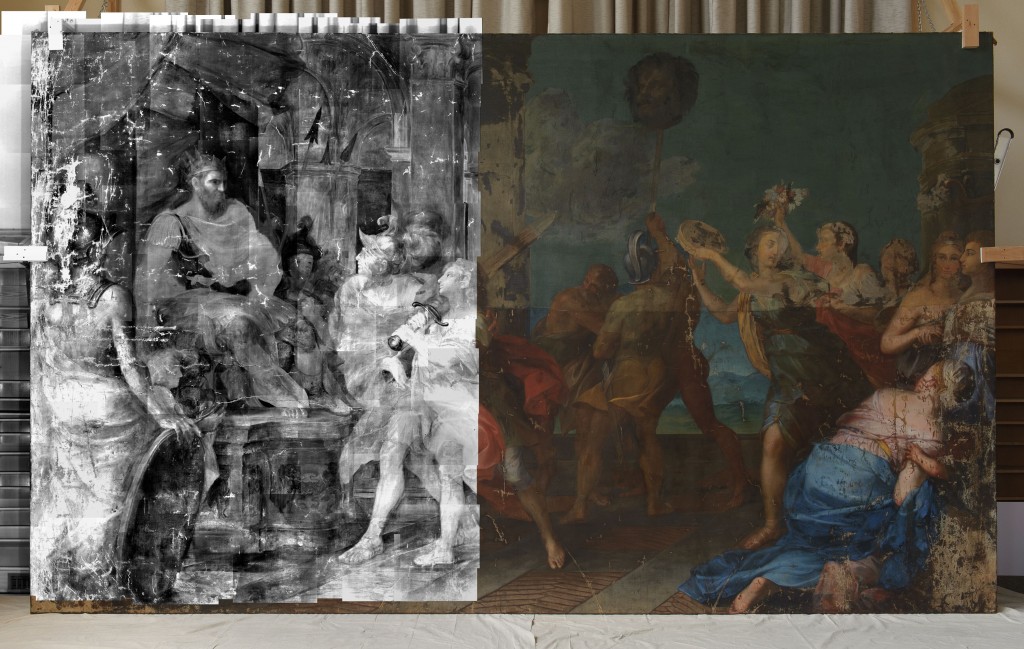 Pietro da Cortona and other artists of the seventeenth century would often sketch objects, landscapes, and figures during the initial stages of oil painting.  Most preliminary sketches (whether they are done using a wet medium like oil paint or a dry medium like charcoal) are not evident to the naked eye as they are often covered by several paint layers.  Through the use of infrared reflectography (IRR) the conservation team was able to reveal portions of the preliminary sketch and compositional changes in Pietro da Cortona’s Triumph of David.

The IRR analysis was a collaborative effort between Washington and Lee University and Villanova University.  In order to examine this large-scale painting, a series of IRR images were collected using an Indium Gallium Arsenide (InGaAs) instrument which is sensitive within the 900-1700 nm range (near infrared).  When exposing the paint surface to infrared light, certain pigments appear partially or completely transparent. Carbon blacks will still appear dark in IRR because these pigments readily absorb infrared light.

The depth to which infrared light penetrates depends on the type of paint, the thickness of the paint layers, and the wavelength of infrared exposure.  In some cases, underdrawings or preliminary sketches may not be visible using IRR, as is the case when an underdrawing has been done using white/red chalk or paint that is not rich in carbon black.  For this reason, additional imaging techniques – such as multi/hyperspectral imaging and X-radiography – can contribute to the analysis of a painting’s underdrawing.

Once the IRR images are collected, they must be imported into image processing software and manually stitched together.  The product of these stitched images is referred to as an infrared reflectogram mosaic.  Below are images showing the mosaicing process for the Triumph of David.  When completed, this mosaic will be a compilation of 220 IRR images 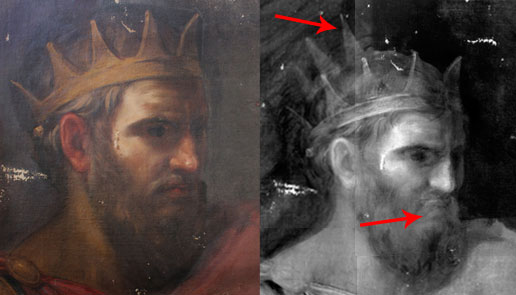 King Saul’s crown was initially placed much higher and the contours of his mouth, beard, and face have been altered (originally, Saul was depicted in profile). 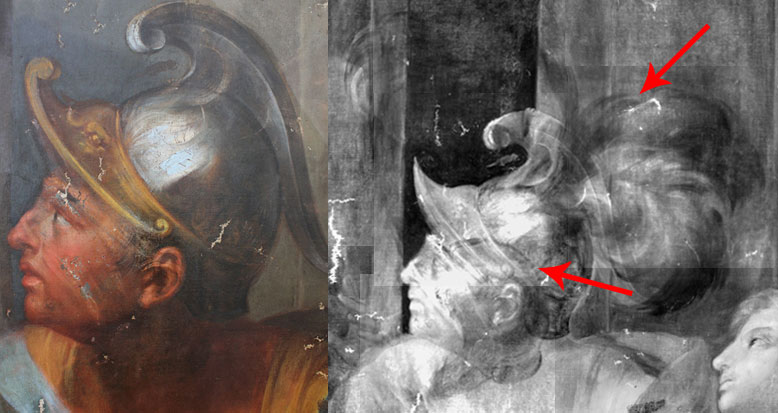 Abner’s helmet was originally placed much lower and was embellished with a very large feather plume. 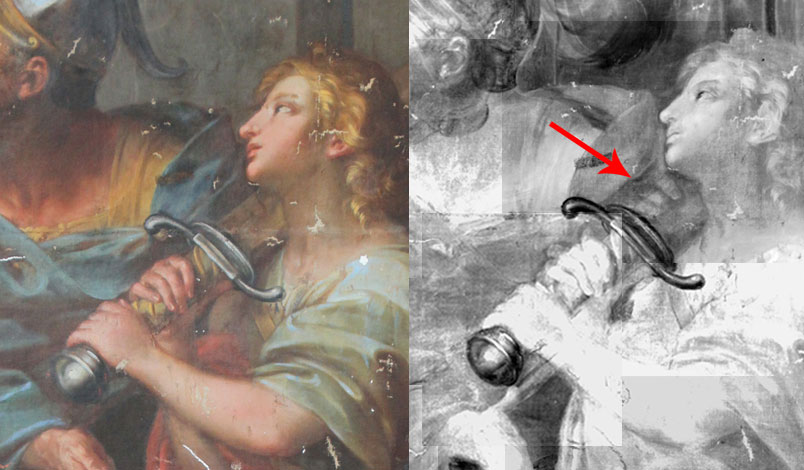 David’s hand had been placed higher on the sword (above where the guard presently resides).  The sword guard and pommel are especially prominent as they contain a significant amount of carbon black pigment.