One Stroke at a Time 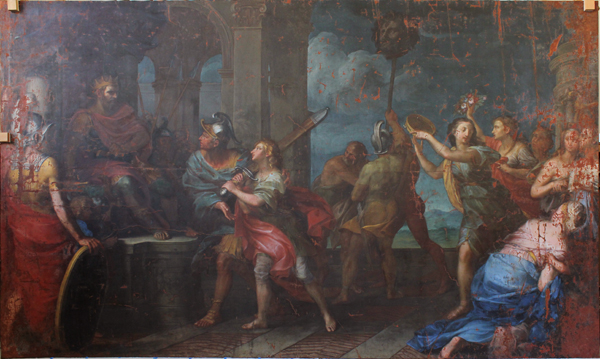 Figure 1: Overall image of “Triumph of David” before inpainting. 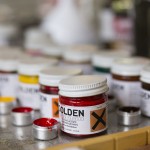 After two years of research and treatment, the “Triumph of David” conservation project is coming to an end. The 19½-foot mural has been x-rayed, examined, cleaned, filled, and textured thanks to an interdisciplinary team of conservators, interns, and volunteers. Over the last couple months, we have been working on the final step in our treatment before varnishing: inpainting.

“Inpainting” is the process of reconstructing lost areas of a painting with reversible conservation paints. As described in a previous post, a base layer of red gouache was applied to the Modostuc fills to match the stratigraphy of the original painting. When texture was needed, a thin layer of tinted wax-resin was added on top of the fills and textured using silicon molds. Once the filling stage was complete we began inpainting using Golden PVA conservation paints (Gamblin conservation paints were also used in certain areas).These paints are made from a PolyVinyl Acetate resin and are generally diluted with alcohols.

Figures 3&4: Detail of King Sal’s right shoulder
before and after inpainting.

We used fine, Kolinsky sable brushes to carefully paint within the edges of the loss. Matching the color is only half of the battle. It is equally important to match the level of gloss on the original surface. We accomplished this by adjusting the amount of medium added to our paints.

If a future conservator wants to remove our inpainting for any reason, they can do so safely without disturbing any of the artist’s original paint. Aged paints and other materials such as varnish coatings fluoresce under ultra violet light while recently applied retouching does not.

Figures 5&6: Detail image of sky
before and after inpainting.

Unfortunately, previous restorers did not use reversible paints and often overpainted areas of loss, occasionally misinterpreting original compositional features.One example concerns the “spear” found along the left edge of the painting. An infrared image of the top left corner of the mural revealed that the artist had originally painted a halberd; an axe-like weapon that has been “used as a court bodyguard weapon for centuries, and is still the ceremonial weapon of the Swiss Guard in the Vatican” (definition from Wikipedia) The conservators were able to use the surviving original paint in conjunction with the IR image to successful reconstruct the shape of the halberd. 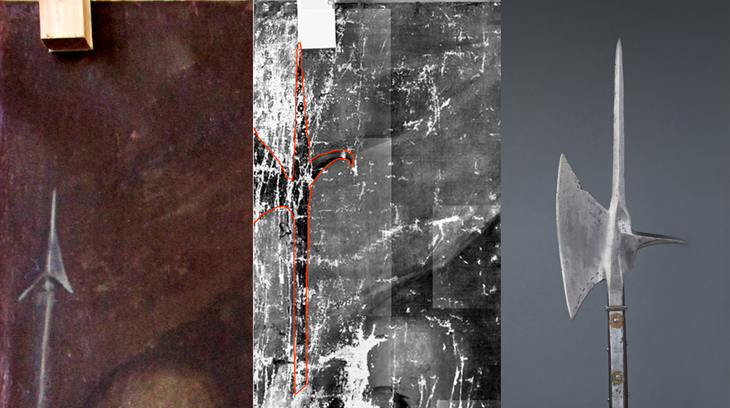 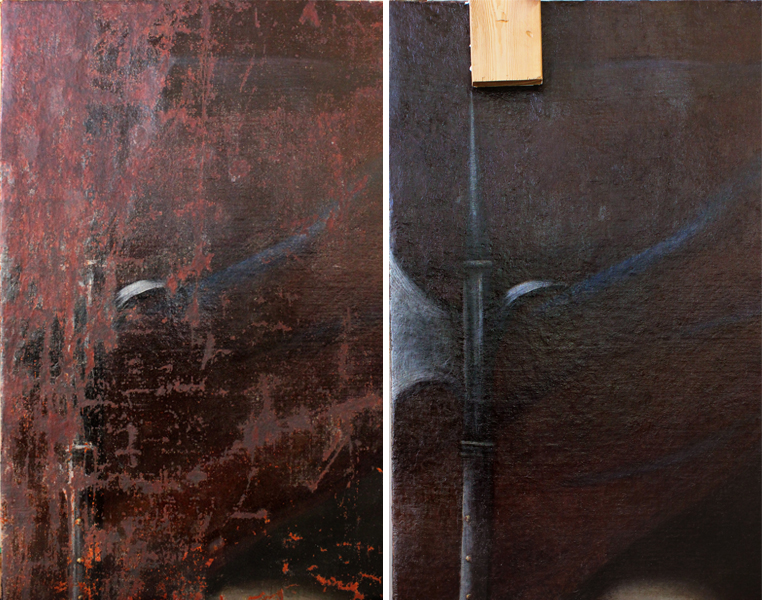 Figures 10&11: Detail of top left corner halberd before and after inpainting .

The team is currently finishing up with the inpainting and plan to add the final layer of varnish within a week. It has been an exciting and rewarding project that we will all miss working on. The mural will continue to reside in Falvey Memorial Library’s Old Reading Room where students and the general public are welcome to pay a visit. Be on the lookout for our “Triumph of David” website that will be published soon! 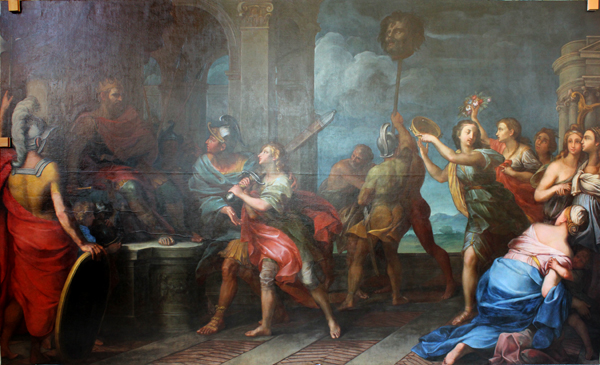 Figure 12: Overall image of “Triumph of David” during treatment.