The U.S.S. Florida and a U.S. Marine’s Great War Scrapbook 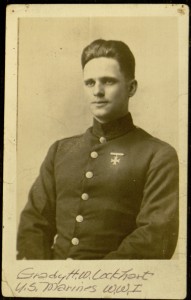 Recently digitized, the scrapbook of Grady H. W. Lockhart, a U.S. Marine in the Great War, presents a different view that many imagine about service during the Great War. Far from the smoke of battle, Grady served as a sea-marine – assigned to an important battleship, the U.S.S. Florida; U.S. Marines still form detachments assigned to most larger United States Naval vessels. 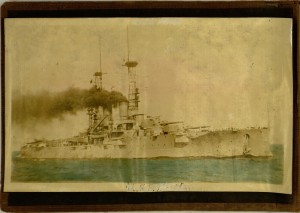 The Florida was assigned to the Atlantic fleet and cruised up and down the coast, taking Grady along.  While in port at several of the major cities of the Eastern seaboard on shore leave, Grady explored his surroundings. 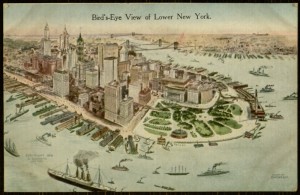 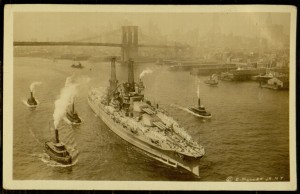 The Florida provided a covering and invasion force during the United States occupation of Veracruz, Mexico in 1914, and between visits to domestic ports, support for the occupation forces in Cuba. Lockhart was part of a highly elite unit: 14 personal from the Florida were awarded the Medal of Honor for service during the Battle of Veracruz. 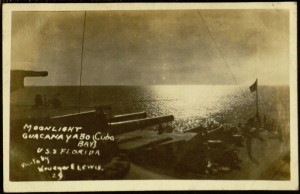 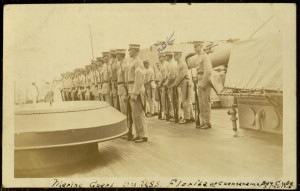 Upon United States entry in the war, the Florida (BB-30) was assigned to the 6th Battle Squadron of British Grand Fleet steaming out of ports in Scotland.  Based near the Firth of Forth, Scotland, gave Lockhart plenty of opportunities for shore leave to explore the city – in Glasgow and Edinburgh – and the Scottish countryside, and to mingle with British soldiers and sailors. 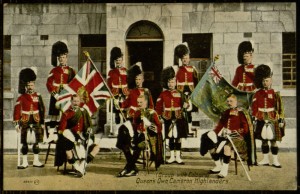 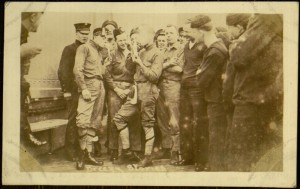 Depictions of everyday fleet life are numerous; Grady collected some humorous views of life on sea duty, as can be seen in his photograph of the largest and smallest dog mascots of the Atlantic fleet!

The Biggest and Smallest Dogs of the Atlantic Fleet

The U.S.S. Florida was also part of the force that escorted the German High Seas Fleet into the Firth of Forth;  German sailors later scuttle the ships to deprive the British of a potent force of war.

Later the Florida joined the convoy that escorted President Woodrow Wilson to France for the Paris Peace Conference. 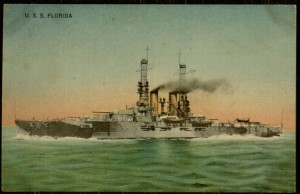